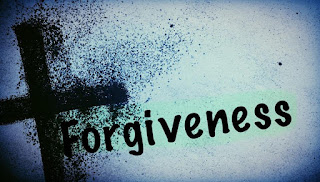 What does it mean to live a Christian lifestyle? That’s a topic that’s been broached many times on this blog. It’s unfortunate but true that many people who call themselves Christians believe that living a Christian life means cherry picking commands from the Bible to live by and then chastising others for not living in the same way. That’s not a Christian lifestyle. Yes, as Christians, we acknowledge that God gives us commands in the Bible that we are supposed to follow. However, we can’t just pick and choose the commands we want to follow. In fact, it does not benefit us at all to overemphasize the importance of adhering to the Law as written in the Old Testament. Paul addresses this:

For all who rely on the works of the law are under a curse, as it is written: “Cursed is everyone who does not continue to do everything written in the Book of the Law.” Clearly no one who relies on the law is justified before God, because “the righteous will live by faith.” The law is not based on faith; on the contrary, it says, “The person who does these things will live by them.” Christ redeemed us from the curse of the law by becoming a curse for us, for it is written: “Cursed is everyone who is hung on a pole.” He redeemed us in order that the blessing given to Abraham might come to the Gentiles through Christ Jesus, so that by faith we might receive the promise of the Spirit. - Galatians 3:10-14

Paul makes it clear that attempting to live by the Law is problematic. If you’re going to live by the Law, you have to live by all the laws without fail. Paul points out the folly in that line of thinking. None of us can obey the Law without falling short. That is why Jesus had to die for us. As Christians, we are supposed to live by our faith in Jesus. We aren’t supposed to try and force nonbelievers into doing what we think is right. We are supposed to share the Gospel and give them the information necessary to make an informed choice to choose Jesus. After that, it is up to them whether or not they want to give themselves to the Lord.

That’s not to say that the actions of Christians don’t matter. They do. Jesus instructed his followers to live righteously to serve as examples to the people of the world around them.

In the same way, let your light shine before others, that they may see your good deeds and glorify your Father in heaven. - Matthew 5:16

When Jesus said “let your light shine,” he wasn’t just talking about following laws. He was talking about living a righteous life. That means following the example Jesus set with his life and following his teachings. Jesus covered many topics with his teachings, so it can be overwhelming trying to figure out where to start when attempting to live life more righteously. In a previous blog entry (Humility is the Key), we identified humility as the place to start when trying to live a righteous life.  However, you don't become humble just by speaking it.  You may have to change yourself in many ways, and adding a spirit of forgiveness to your character should be one of the first changes you make. It may sound like an odd thing to start with, but it’s not.

Learning to forgive can help us keep ourselves in line along the righteous path. It can help us refine our thinking. When talking about forgiveness, most of us naturally come to a question of how much forgiveness is enough. Jesus addressed that.

Then Peter came to Jesus and asked, “Lord, how many times shall I forgive my brother or sister who sins against me? Up to seven times?” Jesus answered, “I tell you, not seven times, but seventy-seven times.” - Matthew 18:21-22

Jesus is essentially telling us not to worry about how much we should forgive. He’s telling us that our focus should simply be to forgive. He followed that answer with a parable (Matthew 18:23-35). That parable tells a story about a servant that was forgiven by his master but refused to forgive another servant. The master finds out about the lack of forgiveness from the first servant and punishes him for it. That parable describes us perfectly. Every Christian should accept that God has forgiven the sins of those that believe. If we move through life cognizant of God’s forgiveness of ourselves, then it becomes easier for us to act with forgiving spirits. In doing that we will be following Jesus’ example and also humbling ourselves in a way that is necessary to add all the other important traits like faithfulness and obedience to our characters.

When you really think about it, Jesus’ life and death boil down to a story about forgiveness. God sent him to die for us, so that we could be forgiven for our sins.

Be kind and compassionate to one another, forgiving each other, just as in Christ God forgave you. - Ephesians 4:32

So, if we are to follow Jesus’ example, wouldn’t it make sense for us to start with the concept that brought Jesus to us in the first place. We as humans make mistakes that hurt others. Sometimes, we even intentionally hurt others. We are also hurt by others. Depending on what is done to us, it can be very hard to forgive, but doing the right thing is often hard. Forgiving someone when everything and everyone in the world would tell you not to is probably one of the most striking examples possible for what it means to be Christlike. Have you ever seen a story where someone whose loved one was murdered forgave the killer? What kind of strength must that take? How strong a statement does it make when that person turns around and says that they were able to forgive because of Jesus. What about when our loved ones wrong us? It might be easy for us to push them away or treat them differently because of what they’ve done, but isn’t forgiving them and finding a way to move forward the more loving thing to do? Maybe by forgiving when reason tells us not to, we can be more effective in bringing people to God than we ever could by trying to force laws on them.

If a spirit of forgiveness can help us live more righteously and also help bring more people to the Lord, then isn’t it paramount that we strive to add it to our characters no matter how difficult that might be? Jesus would certainly say so, and that alone should be reason enough to do it.

Chris Lawyer
Image Courtesy of www.theapopkavoice.com
Posted by United Baptist at 12:45 AM