Lessons from John the Baptist 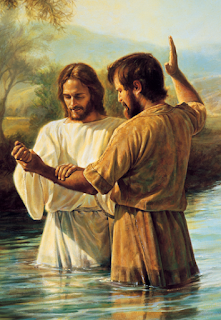 As I'm studying, I have realized John the Baptist has to be second to Moses in being in being the humblest man of all time. Just look at his life. He didn't want for anything to be specifically known about him, and he lived that way until the end. He lived in the wilderness, homeless. Consider that his main mission was to make the way for Christ. He was a forerunner; he had to pave the way for someone else. When Christ arrived, John the Baptist continued to stay his pace. He knew that as Christ increased, he needed to decrease. John faded into the background. He even lost his own disciples and he encouraged them to follow Jesus. Not only that he was beheaded, and then after all that, Jesus said paraphrasing, it said in Mattew 11:11 that no one born a woman is greater than John yet the least in the kingdom is greater than he...What!!We would look at that say that John's life didn't mesh up to anything, but it did as he shows us a perfect example of what it looks like to be selfless. It means if nothing good has to come your way from all the work you've done, and you still have nothing in the end. Imagine losing your friends, knowing that the least in the kingdom is more worthy than you, and dying by yourself in the hands of those who oppose you. John experienced all that, but he understood that you run your race and give glory to God. John's life shows he was willing to give up everything literally for the cost of Christ. Absolutely everything. Be like John the Baptist. Praise God today and be selfless.